We are thrilled to be able to offer our customers another payment option for purchases from HipSaver Canada, DermaSaver Canada and HeadSaver Canada. We have negotiated the ability for Electronic Funds Transfers to be offered at the following financial institutions: Bank of Montreal (BMO) beginning July 31, 2012 CIBC beginning September 8, 2012 Credit Union … Continue reading →

For those who have been following the hip protector study published in JAMA in 2007, the final word has been released. The study, authored by a team headed by Harvard doctor Doug Kiel, led HipSaver President Ed Goodwin to file a lawsuit accusing Kiel of unfairly disparaging Goodwin’s product, because Kiel’s team concluded in its 2007 … Continue reading →

I just saw this clip on the CTV News Channel and had to share it. I’m a believer in pet therapy for seniors and this shows that good therapy can go well beyond dogs and cats. Enjoy! Middlechurch Home, Winnipeg goes to the goats! 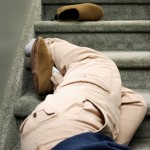 If you’re a senior living independently in Ontario and you fall, there’s a better than 50% chance that you fell in your own home – probably on the stairs. There’s nearly a 90% chance you will suffer a severe injury to the head or spine as a result of that fall. Make sure your stairs are … Continue reading → 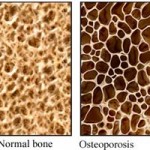